Sell your HTC U11 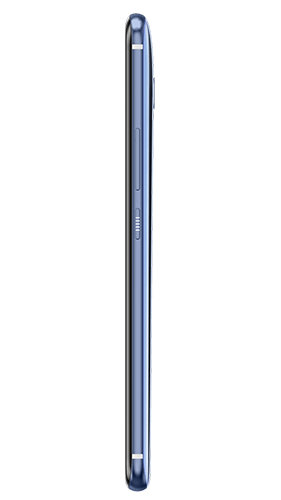 How to sell your HTC U11 using BankMyCell

Get an Instant Offer
HTC U11 buyback stores compete to offer you the best price.

Get Paid Fast
The store checks out your HTC U11 and sends your cash. You don't have to lift a finger!
As seen in...

How to Sell My HTC U11 Online

Do you have an HTC U11 phone that you’re not using, or are you thinking about upgrading? Consider selling your HTC U11 online and freeing up some cash. We can help make it easy for you.

Getting the best HTC U11 trade-in value for your smartphone can be challenging. Your HTC U11 trade-in price can vary significantly between different buyers, trade-in stores, and buyback stores, depending on the following factors.

The good news is that there is no shortage of places to sell your HTC U11. The bad news is that finding your best price can be time-consuming. Buyback programs from carriers and trade-in kiosks might mean losing out on as much as half of your phone’s potential value.

Take some of the guesswork out of your transaction with Bankmycell.com. We are a price-comparison site for phone trade-ins, helping you to successfully sell your old HTC U11 online for the best possible price. We list only reputable buyers with positive reviews and highly-rated customer service.

How to sell your broken HTC U11 for cash

Cracked: Selling HTC U11 with a broken screen

Repairing a cracked phone screen can be costly, but that doesn't mean it's time for the trash. While your trade-in price will be lower, it is still an option to sell your HTC U11 in this condition. Simply select the 'cracked' filter at the top of the page, and your list of potential buyers will appear.

Faulty: Selling a faulty or water damaged HTC U11

More often than not, if you’re trying to get rid of your phone, it’s damaged in some way. Water damage, mal-functioning touchscreen, or broken USB ports can all lead you to seek an upgrade. But don’t give up too soon. You can sell a broken HTC U11 by selecting the 'faulty' tab at the top of the page to view your buyer options for your best deal.

About Your HTC U11 Resale Device

Your HTC U11 Trade-in Value

Identifying your HTC U11 for Trade-in

The HTC U11 was released in June 2017, the ‘U’ in the name was a play of words by the company to signify the gorgeously reflective rear surface of the casing, the liquid like appearance ‘reflects you’ in it. Bit cheesy, we know.

Visually, if you’re looking to identify your HTC U11 to sell with BankMyCell, you’ll notice it has a front fingerprint sensor and single cameras on the front and rear (not including the flashes). As mentioned before, the liquid-like reflective rear of the phone is a stand out feature of the ’U’ range. The screen was 5.5 inches that kicked out a 1440x2560 pixel resolution, and the device itself weighs 169 grams measuring at 153.90mm x 75.90mm x 7.90mm.

So what did the HTC U11 you’re selling have under that beautiful liquid chassis? Well, it came equipped with a 2.45GHz octa core processer, running on Android 7.1 (upgradable) and .However it’s important to mention that the RAM alters depending on the storage size of the HTC U11 you purchased.

Camera wise the HTC U11 has a 16 megapixel front camera, e.g. the selfie one and the rear is only 12 megapixels. So it’s clear this phone was built for the selfie lover!

The HTC U11 impressed a lot of reviewers online when it was released in 2017, and it impressed us too. The functions are impressive too, and so is slick design that moved away from the typical metal body phones HTC was releasing at the time.