BankMyCell has aggregated consumer purchase and iPhone trade-in intent queries from 2007-2018 to create some impressive visualizations. Take a look at how good the tech giant is at creating a buzz around their launches and events.

Apple knows how to create a hype! 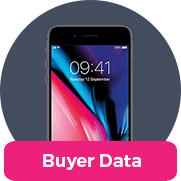 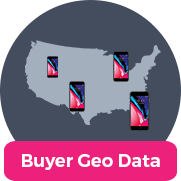 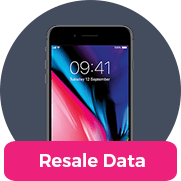 Go to: The trade-in intent buzz around historic iPhone releases. 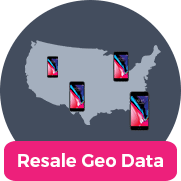 Data accuracy: All interest data in this study is from aggregated search queries from Google’s historic global and regional reports, for more information on the methodology see the bottom of the report.

HOW THEY IMPACT ONLINE BUYER/TRADE-IN INTEREST

The focus of this data is to visualize the viral impact of the Apple iPhone launches, this is NOT a reflection of the iPhone sales, which we also published for comparison purposes. This viral force derives from the announcement events, the press frenzy, and social consumer hype that triggers colossal spikes in buyer and iPhone trade-in queries incomparable to any other phone manufacturer.

The chart below is a representation of aggregated buyer and trade-in related queries between 2007-2018. It portrays the huge uplift in hype both the Apple event and the iPhone release create globally. Consumers frantically rush to pre-order the new iPhone before stocks run low, and at the same time value their old devices then trade-in before their old iPhone depreciates.

In terms of trade-ins, from experienced we know that on the day of the new iPhone announcement energized Apple fans rush to value their old iPhones with the anticipation of the latest release. The largest spike we’ve seen since we entered the industry in 2009 was, of course, the iPhone 6 release, where we saw individual valuations of iPhone 5 rocket 1,400% the hour after the event ended. This is a very isolated hour, on average in the month of release you would see valuations typically double.

We’ve overlaid the iPhone devices that were released next to the corresponding global spikes in buyer and trade-in interest queries. Looking closely you will notice that the iPhone SE had the least impact in regards to creating a buzz online.

HOW ENERGIZED DO APPLE FANS GET LAUNCH MONTH?

The best way to demonstrate the impact Apple events have online to post the data up against one of their biggest rival smartphones, the Samsung Galaxy. You below the significance of the uplift in consumer queries surrounding iPhone releases compared with the popular Galaxy launches.

Again, we’ve overlayed the releases so you can visualize the impact.

WHICH APPLE RELEASES IMPACTED BUYER QUERIES THE MOST?

BankMyCell accumulated all the top consumer search queries between 2007-2018 then isolate buyer intent queries. As you can see, since its inception in 2007 the iPhone has built up considerable momentum until 2014. Subsequently, the explosiveness of these interest trends began to decrease with the largest spike since being the highly anticipated redesign of the iPhone X in 2017.

We’ve overlaid the iPhone devices that were released next to the corresponding global spikes in buyer queries.

To quantify the explosiveness of the Apple events and iPhone releases, BankMyCell calculated the percentage increase of the buyer demand against its percentile 3 months before.

The iPhone 3G provided the largest jump in search queries (+230%) during its announcement, which is understandable as it was a considerable ‘3G’ update from the original iPhone. Other notable iPhones to cause a hike in online hype were the iPhone 5 (+217.65%) and the iPhone 6 (+203.03%) – The iPhone SE launch managed to create negligible figures in terms of consumer excitement.

HAS THE DECLINE IN RELEASE EXCITEMENT IMPACTED SALES?

Judging from the decline in buyer related queries you would think it would impact sales. On the contrary, sales have vastly increased showing that people are less excited about new iPhone releases but still purchase or upgrade to them anyway. Is this a sign that Apple’s clever eco-structure of computers, watches, pods, and other connective devices is keeping consumers tied in? Leaving Apple would result in most consumers in having devices that no longer communicate and connect.

The global data we could collect would be inaccurate due to the difficulties of both discovering and translating buyer terms in 100’s of languages. Instead, we examined at the accumulative buyer search intent queries from 2007-2018 by U.S. state to see where the most online interest rests. It’s worth noting that when we looked at the data globally, the UK had the highest volumes of interest.

WHICH RELEASES IMPACTED TRADE-IN QUERIES THE MOST?

BankMyCell accumulated all the top consumer search queries between 2007-2018 then isolate phrases with resale or trade-in intent. After removing the buyer terms (which have a much greater count of queries) you can see the trade-in market’s online interest is just as reactive to new iPhone announcements and releases.

Notably, the periodic releases between the iPhone 4 up until the iPhone 6 and 6 Plus had the greatest impact on iPhone trade-in specific queries. It’s worth mentioning that the iPhone 8 / 8 Plus and iPhone X releases were spaced over 3 months – if these launched in the same month we would see a greater spike.

We’ve overlaid the iPhone devices that were released next to the corresponding global spikes in trade-in / resale queries.

To get an idea of the values you can get when selling your old iPhone in the US, check out our latest iPhone trade-in pricing below:

We analyzed the impression that Apple’s events and iPhone releases had on the trade-in and resale queries by calculating the percentage increase of the launch month against its volume 3 months before.

The iPhone releases from the 3G through to the iPhone 5 had the biggest impact on resale and trade-in queries. The most significant fluctuations being the iPhone 3G release which spiked a 366.67% increase, the iPhone 4 (312.5%) and the iPhone 5 (354.55%).

Global data would be inaccurate due to the difficulties of both discovering and translating trade-in terms in 100’s of languages. Instead, we examined at the accumulative resale search intent queries from 2007-2018 by U.S. state to see where the most online interest rests.

The top 5 states with trade-in interest are Nevada, Oklahoma, Louisiana, Delaware, and New York (with NY, LA and DE also having the highest purchase interest)

OUR STUDY METHODOLOGY AND DOWNLOADS

Numbers represent search interest relative to the highest point on the chart for the given region and time. A value of 100 is the peak popularity for the term. A value of 50 means that the term is half as popular. A score of 0 means there was not enough data for this term.

See in which location your term was most popular during the specified time frame. Values are calculated on a scale from 0 to 100, where 100 is the location with the most popularity as a fraction of total searches in that location, a value of 50 indicates a location which is half as popular. A value of 0 indicates a location where there was not enough data for this term. Note: A higher value means a higher proportion of all queries, not a higher absolute query count. 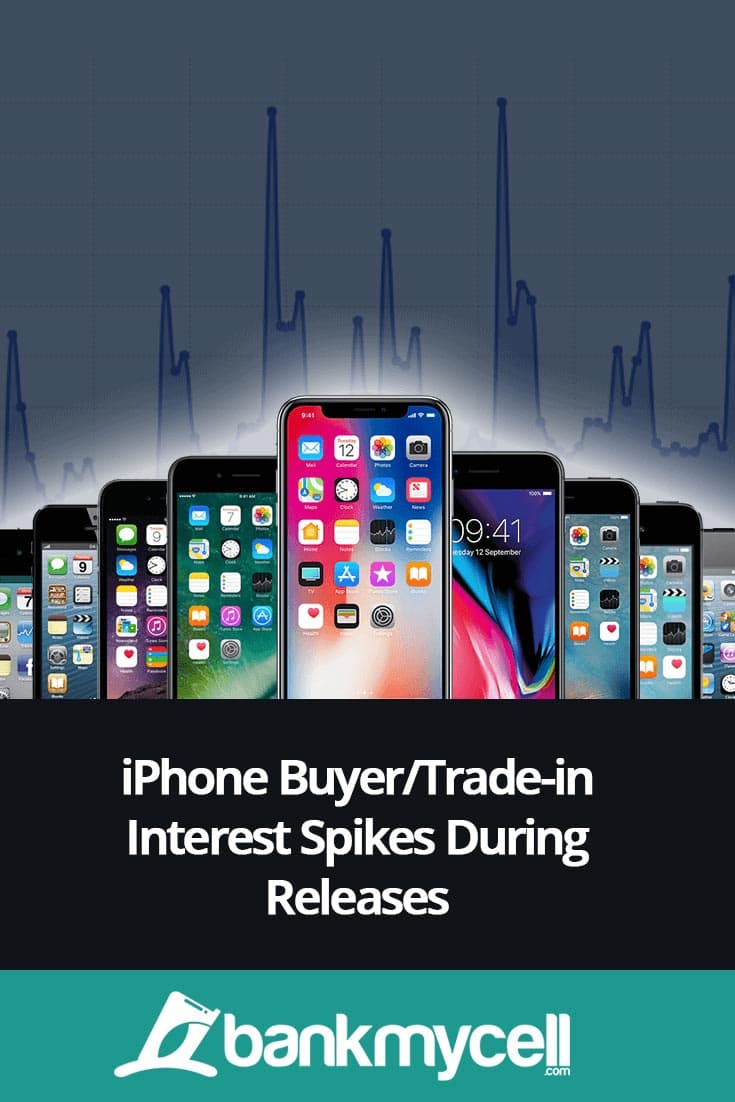