13 Year History Of The Releases

At the Macworld convention in January 2007, Steve Jobs came on stage to announce they were about to launch a phone, a few months later on June 29th, 2007 the original iPhone was born and released to the public. The iPhone was the first touch screen phone to have a build in MP3 player (iPod) and a fully working web browser, it really was a fantastic innovation. The iPhone sold over one billion phones in the first 9 years and made up 53.89% of Apple’s revenue in 2019.

Cell phone trade-in site, BankMyCell created the evolution of the iPhone with all the key figures here in this lovely graphic! Visually explore the aesthetic changes of each device along with the yearly sales, stock prices and key iOS feature releases that brought people into Apple’s eco-system.

If you want to learn more about how much iPhone’s cost to make, check out our updated guide

iPhones In Order Of Release

What years did all the iPhones come out? Easy, below we have the chronological order of the iPhone releases and much more! 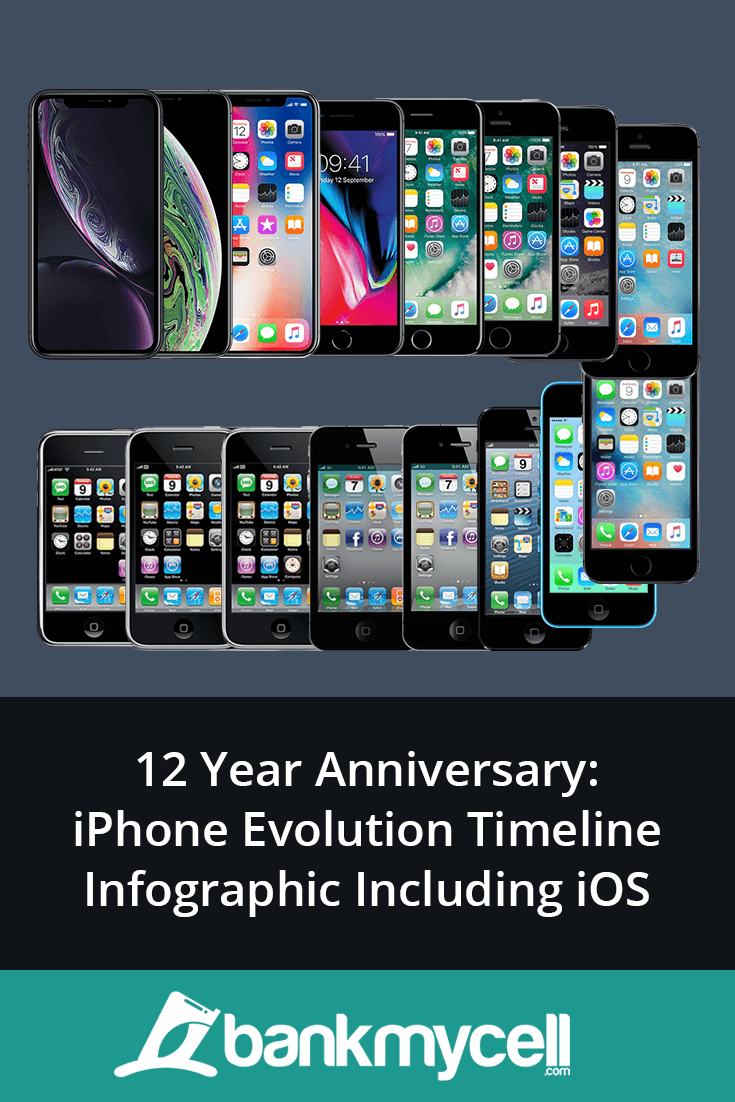